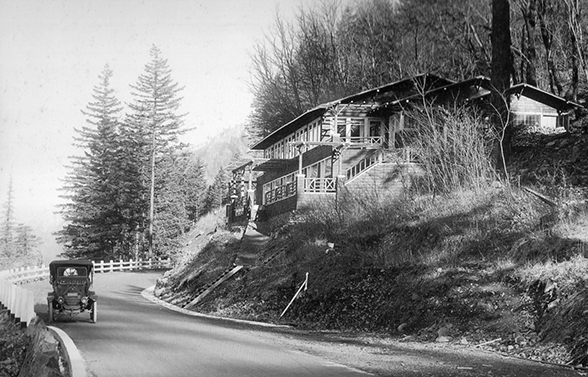 When the lodge was put up for sale by the owners in 1919 a June 22 advertisement in the Oregonian listed the features of the place, including six guest rooms, three family rooms, and a dining room.

Sometime around 1920 the name was changed to Mist Falls Lodge. On July 31, 1921 the Oregonian ran an article extolling the virtues of a drive along the Columbia River Highway. Mist Falls Lodge was called “an attractive and cosy inn facing the highway, with its back to beautiful Mist Falls.” 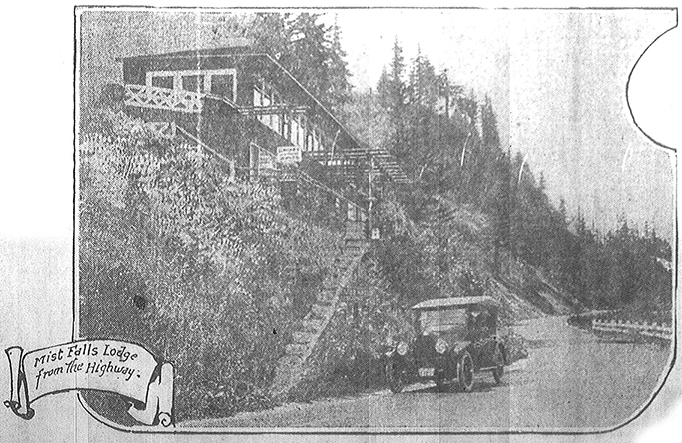 Mist Falls Lodge as shown in the newspaper

In November of that year a severe snow and ice storm hit the Columbia River Gorge. The roof of the lodge collapsed under the weight. The pictures below appeared in the November 27 Oregonian. 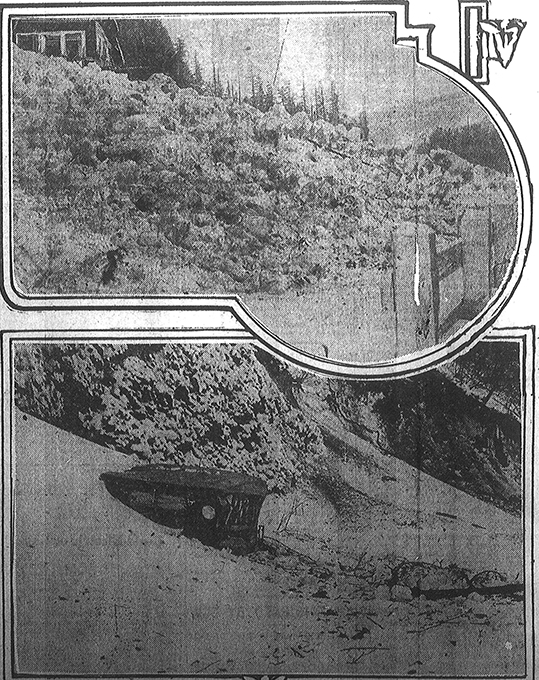 The roof was replaced and business carried on. A July 26, 1924 advertisement in the Oregonian touted the “delicious chicken dinners” as well as trails, swings, hammocks, music, refreshments, and fishing.

The lodge was up for sale again in 1925, with a May 25 advertisement amusingly stating “Good proposition for some hustling woman.” 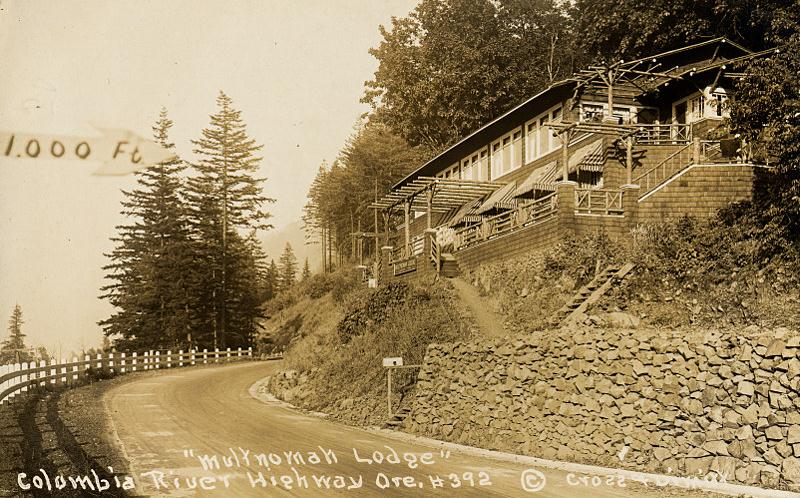 The lodge burned down in 1929 and was never rebuilt. In 1971 the site of the lodge was part of a five acre tract that was donated to the State Highway Commission by the landowners, Reuben and Rose Lenske. In a May 4, 1971 Oregon Journal article Reuben, who was strongly opposed to the Vietnam War, was quoted as saying “Instead of selling it and then devoting a considerable portion of the sales price to the federal government, in the wrongful destruction of the ecology and the environment as well as the people of a distant land,” he wanted instead to donate the land for “peaceful park purposes.”

The former site of the lodge is right along the Historic Columbia River Highway, although vegetation has grown up tremendously. 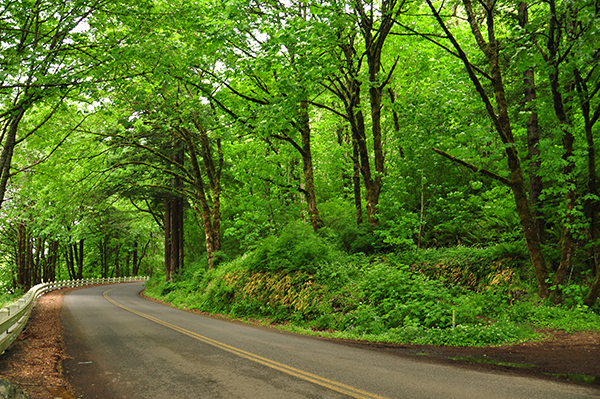 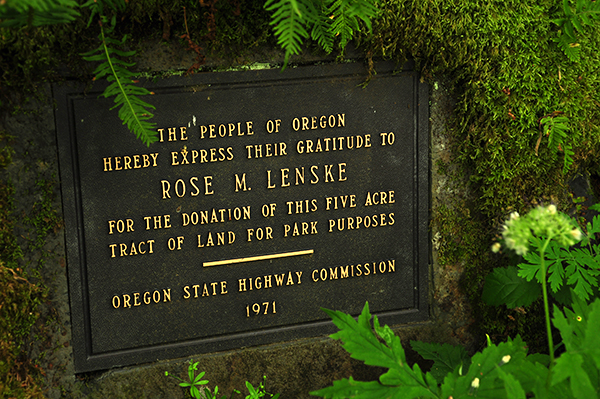 The plaque commemorating the 1971 land donation 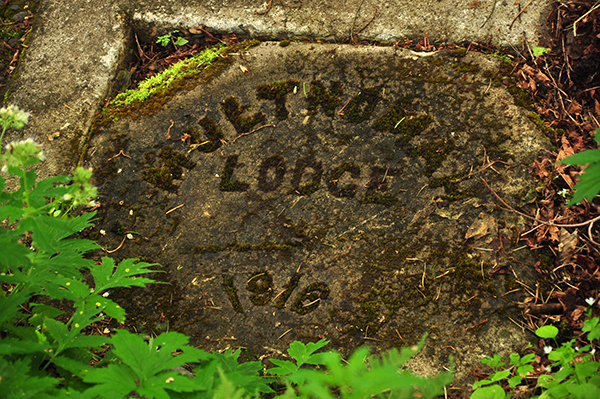 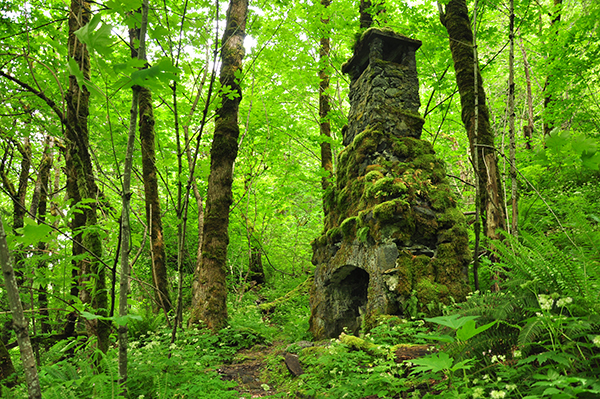 All that’s left of the lodge is the towering chimney 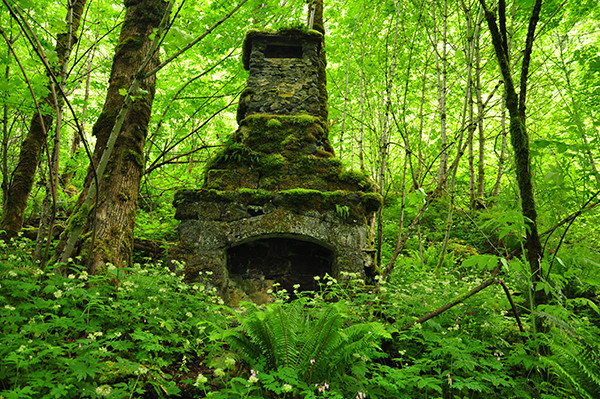