This Queen Anne farmhouse was built in 1906 by William and Lizzie Shaver. According to the National Register of Historic Places nomination form,

Adam Shaver, his older brother, Francis, and his mother, Elizabeth, were overland pioneers of 1852. They established adjoining claims on the good prairie bottomlands of the Tualatin Valley. In the familiar pattern of frontier settlement, the first houses on the claims were log cabins. The descendants of the initial settlers frequently acquired smaller acreages nearby the family claims and built houses reflecting the fashion prevailing at the turn of the century. Such was the case with the Shaver House, which was built by William, a son of Adam Shaver. 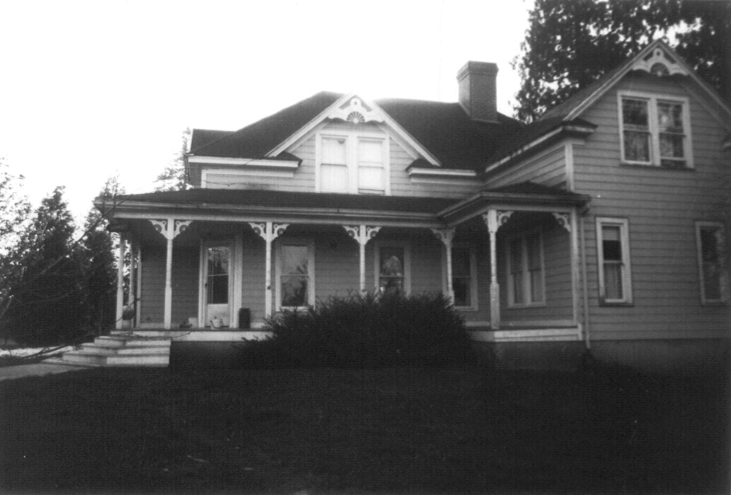 William farmed the land as his father had before him. 1906 tax records show that he and Lizzie had two horses, seven cattle, seven sheep, and four pigs. 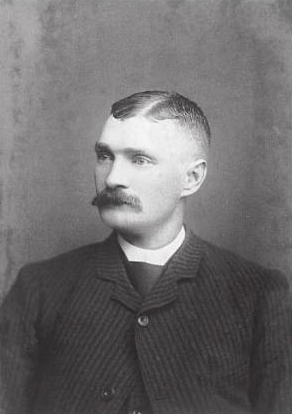 After Lizzie and son Percy died William left the house and farm in 1919. He died at the Shaver family home near Durham Station on June 14.

Morris Moses and Alice Myers purchased the property in 1919. It was later inherited by their daughter Edna Bilyeu, who moved into the house with her husband, John. It remained in the Bilyeu family until 1965 when it was purchased by Robert Scott. 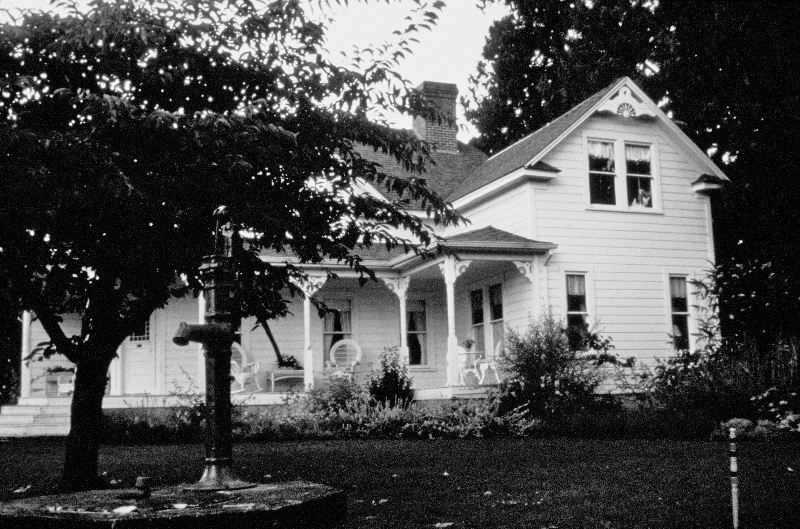 Around 1970 the house was moved about 40 feet when SW 92nd Avenue was widened. At that time the house was also place on the diagonal, so it is no longer square with the street.

When Dan and Jacque Quello bought the house in 1990 it was in bad shape. According to a 2006 Portland Tribute article “The roof was caving in, windows were boarded up, and only dirt surrounded the house.” The Quellos set to work fixing up the 3,600-square-foot house. They also built a gazebo, added a pond, and created several English-style gardens. In 1993 the house was listed on the National Register of Historic Places. The Quellos used to host weddings until the City of Tigard denied them a conditional use permit in 2006.

The Shaver-Bilyeu House is now known as the Quello House. Trees and vegetation make it nearly invisible from the road.

Location of the Shaver-Bilyeu/Quello House: